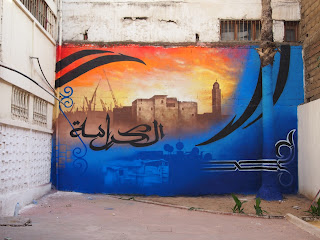 Along with Mohammed Ali, me & Benjamin Benrakad kicked off the Three artists Three cities collaboration this month in Casablanca, Morocco with the “Dignity” mural. It was an amazing experience to be painting a wall in this residential nieghbourhood called Hey Mohammedi. It is a poor and notoriusly rough part of Casablanca although we were blown away by the hospitality of the people who just kept bringing us food and drinks all day and made the whole experience happen.We called the piece ‘Dignity’ after seeing so much poverty and slums around , yet the people don’t let this lack of material wealth strip them of their dignity or pride.  At one point on our trip all our plans had fallen apart and we had no clue what to do, strangers in a strange land. But some folks we met notably our main man Zuheir and Vincent from Fat Cap magazine along with the local residents in Zuhiers hood totally hooked it up and looked after us. Big up to all the folks that helped make this wall happen. Mohammed summed up the experience: It was a humbling experience working in a working class residential area, where small apartment blocks built by the French in the mid-1900′s were inhabited by large families.  The mural was unlike many murals I’ve painted which often are at busy junctions, highly visible in the city by traffic and passer-bys.  This mural was hidden from the public street, but visible to the people of the housing complex.  It felt really good to be offering something to this very tight-knit community, something for them to see as they open their curtains everyday, some art to enhance their own environment.  It served a different purpose to that of a mural that sits in rush hour traffic.  Upon completion the families invited us into their homes, we had painted their homes, so they embraced us into their personal spaces- we had made real connections – unlike that of a mural that sits on a street corner. 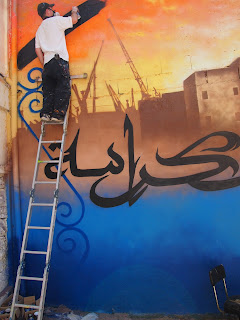 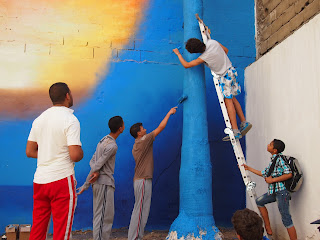 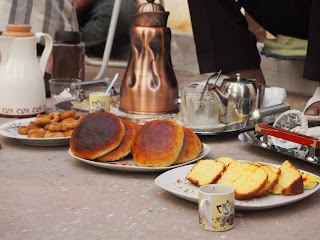 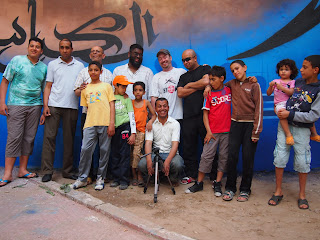 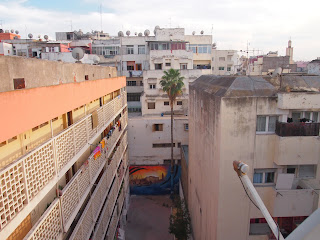